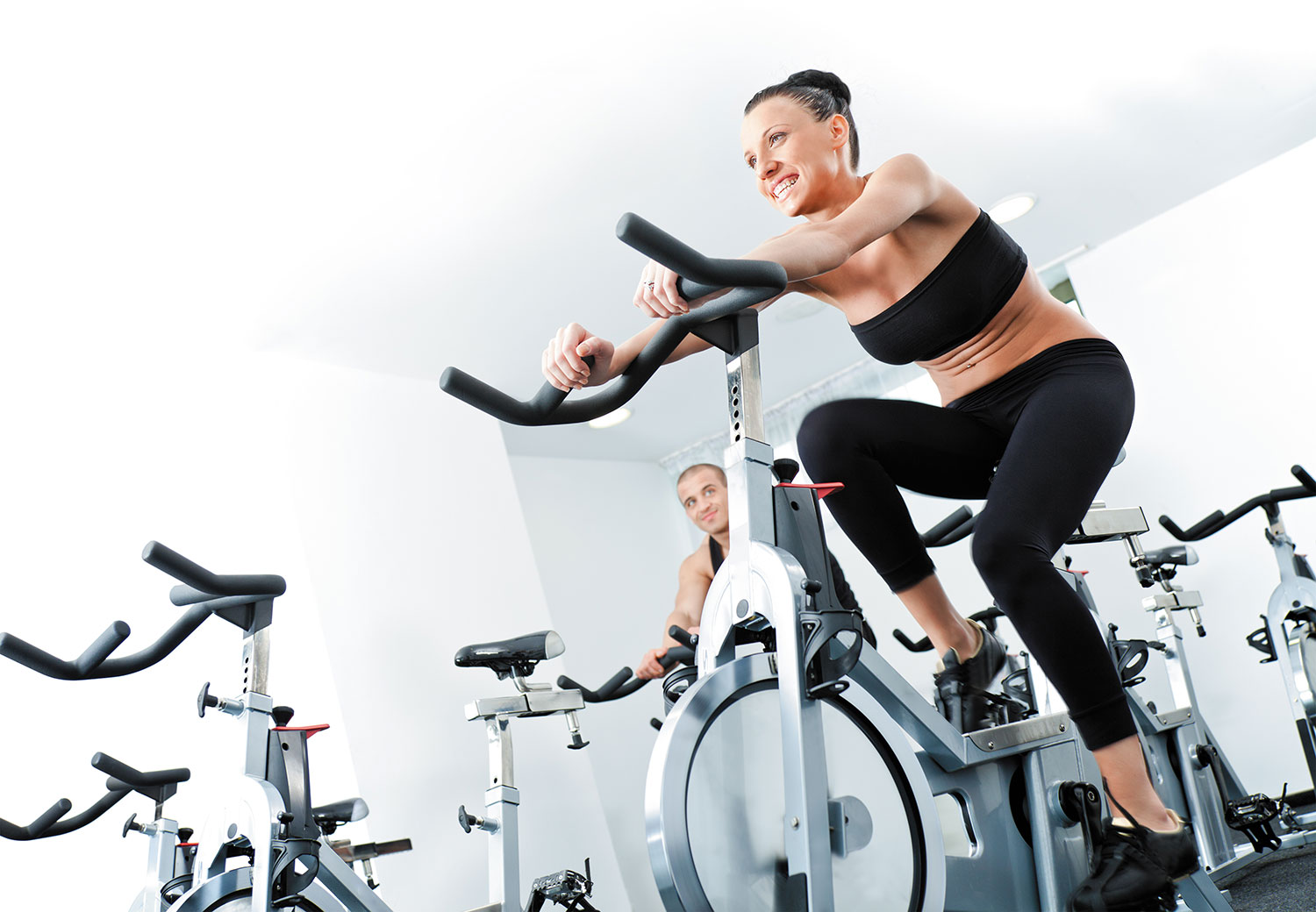 Spinning With A Twist

Are you looking for an effective form of aerobic exercise that steers away from traditional methods and introduces a more modern concept of training? We present to you a must-try method of exercising: Spinning with a twist.

Are you fond of the two wheels of a bicycle, but you don’t have the time or the opportunity in your daily life to hit the road or head to the mountain? Could a stationary bike give you the same feeling? The Real Ryder is the closest experience you can have to an actual bike as it provides a different and more realistic dimension to your training. This training bike is supported by axes, which allow it to have motion and inclination similar to a real bicycle. In essence, those who are bike connoisseurs will discover that the Real Ryder has two cycling positions: standing up and sitting down, three hand positions, different paces and resistance levels, and the additional benefit of a left and right inclination.

This is a demanding workout that urges you to surpass your limits whilst exercising most muscle groups, focusing namely on the legs and abs. To boot, it also improves posture and coordination. What women will appreciate most about the Real Ryder is that it burns about 600-800 calories per workout. Classes are held in groups of eight to ten people and under the guidance of certified coaches who are responsible for the safety of the students.

What are the differences between the Real Ryder and a classic stationary bike?

The training system of indoor cycling called Real Ryder gives you the feeling that you are actually cycling on the road. The fact that it has an incline like a normal bike would on the road makes the workout more realistic and demanding as it involves more muscle groups. Some instructors describe what you would see in front of you such as a steep incline or a strict turn so that you are completely in the zone of the moment and you get a more real experience of cycling.

How intense and demanding is this workout?

This workout can be done by a beginner who will have a few moments standing on the bike before gaining familiarity with the correct posture and proper technique required for inclination. Even though it can be a very intense form of exercise, it can be adapted to all the different levels of practitioners. The upright posture is a factor that complicates the workout and thus is avoided in beginner sessions until they are ready. The resistance also plays a crucial role in the difficulty of training and the achievement of endurance.

What parts of the body does it exercise mostly?

How long does it take to notice the results on your body?

The results will start to be visible after the first six lessons, depending of course on the physical condition of the trainee. Improvement in endurance will start to become apparent after the first month and eventually your fitness levels will also increase during the workout. Concluding, this will provide strength namely to the muscles of the legs and your midsection.

What are its advantages and benefits?

The main advantage of training with the Real Ryder system of indoor cycling, is the participation of many muscle groups in training and not the individual activation of muscle groups of the legs only. A significant benefit is also in the improvement of the cardiovascular and cardiorespiratory system, and the reduction in the percentage of fat in the body. It is worth noting that in a Real Ryder workout, you can burn between 600-800 calories, which is 30% more calories than a traditional static bicycle.